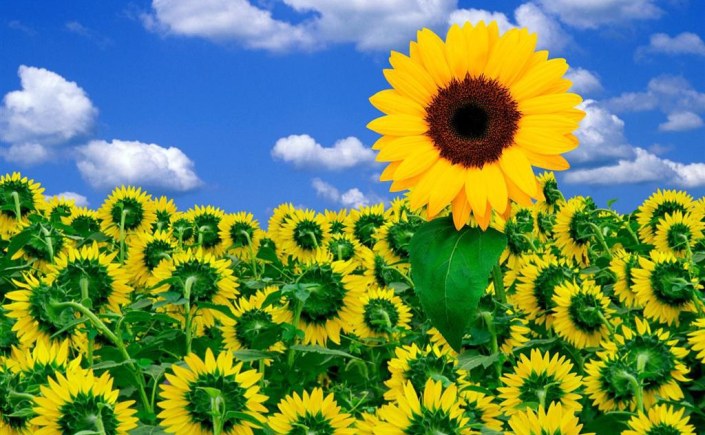 The heart when living its own dream resonates in harmony and there is melody to the life lived irrespective of the hardships faced. 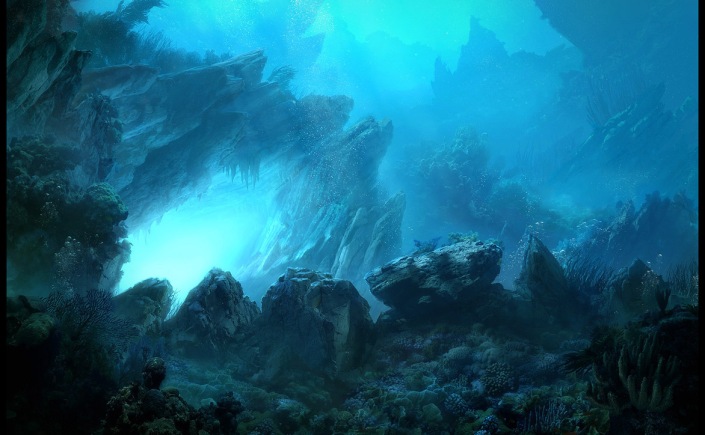 The surface is still and seems easy to manage, so we all tend to use the floaters  most of the time and just stay floated. Deep down are the wild currents that could stir us up. If I am uncomfortable with the wild currents I would rather float with the rest of the folks. Trying to explore the currents needs heart – a heart to accept pain. The currents deep within the other person could stir me, shake my whole existence.  But it would enrich my existence, make me feel alive. Deep down could be unexplored goodness or the sub conscious devil.  I will touch the real in turn getting to explore the unexplored me – the goodness as well my devil. 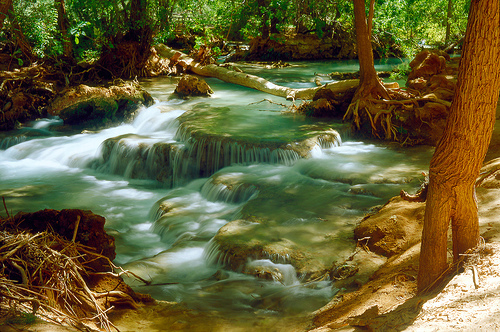 Eve my Mother, intrigued by the reasoning serpent, opted to risk her comforts to taste the fruit of knowledge. Became conscious, self aware and was pushed out of her comfort zone. Rather than being provided she owned up to bear the pain of creation and owned up her life.

Was Eden indeed a state of bliss or a state of ignorance, a state of being unaware, non pondering and dependent? As a mother who loves her dependant infant and her innocence, my happiness in not in her remaining dependant but growing up losing her innocence to be aware of her responsibilities towards mankind and herself and take up the ownership.

From an Eden of being provided I grow up to be pushed out to create an Eden and provide the next generation. 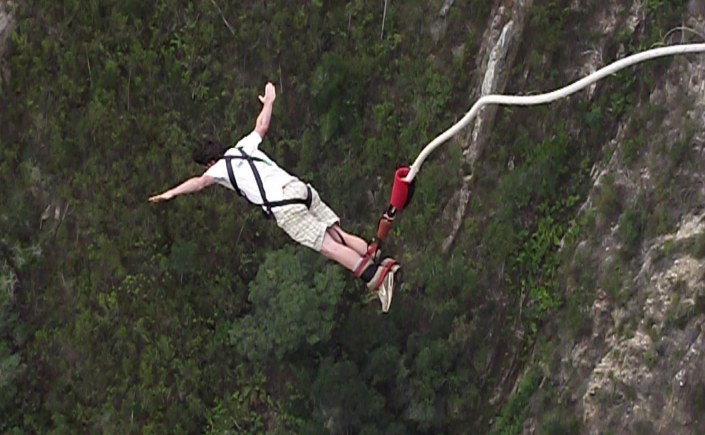 The freedom to experience the free fall with the trust of being tied on to something really strong is beautiful. Are not the best relations in our lives similar? The freedom to explore one’s potential with the stronghold of a relationship that one can always get back to. The person lets you conquer your devils and meet your Gods.

How good is a relationship that would just tie you down in the name of love and wouldn’t let you spread your hands, feel the air and let you fly? But would express love with the statement – “I can’t see you fall/ fail.” 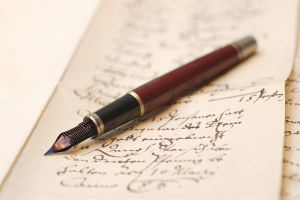 The expensive pen in the golden case looks stunning and I say to myself how elegant it is. Her owner picks her with a pride but picks her rarely to sign an important document or a bank cheque. Here she lies in her golden case again with the same sparkle that had stunned me.

But I would rather be the pen of a writer,  a pen he can’t live without, kept in the stinking pocket close to his heart. He picks the pen and pours his heart on to the paper. The writings touch a million hearts and the words become immortal lingering even after the writer and the pen has perished. 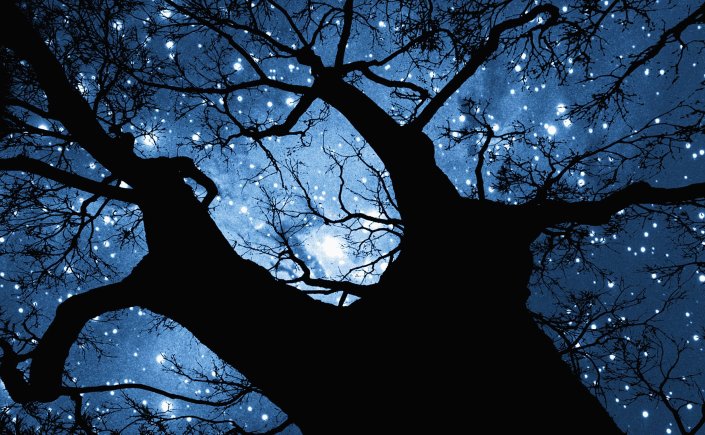 I am nothing but a “million experiences”. Everyone related in some way to my good experiences or even bad stay alive in me forever till the day I perish. I am the mosaic of all those experiences. In the same way, I live in the good experiences that I may have been part of for others. The more such experiences, the more immortal the “I” becomes. I will also linger in the pain that I might have passed on to any. 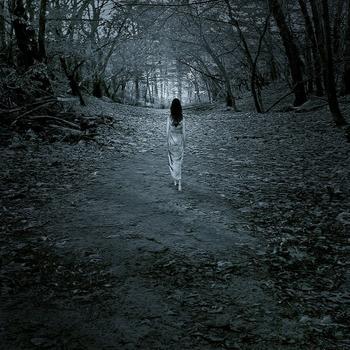 Life has been quite fast paced as is for most of my generation. My generation clicks, hears, talks and walks at the same time. And that’s totally normal. The standards of multi tasking rises each time I have thought I am doing well with my multi tasking. But there are times when I want to switch off from everything. I look forward to this “off” moments as that is the time to be with me. I play with my thoughts or sometimes thoughtlessness.

I jotted my thoughtless thoughts with the earnest desire to meet myself in the form of these unstructured scribbles. This is not a book material. The notes abruptly begin and stop without letting any dots to be connected. Why should the dots be connected?  Let them be spread like a million stars in the bright clear night sky. Our rationality connects the stars to see the constellations. I intend to enjoy the little stars without trying to figure out a constellation.  May be along the way, one of these stars might just shine brighter on me! 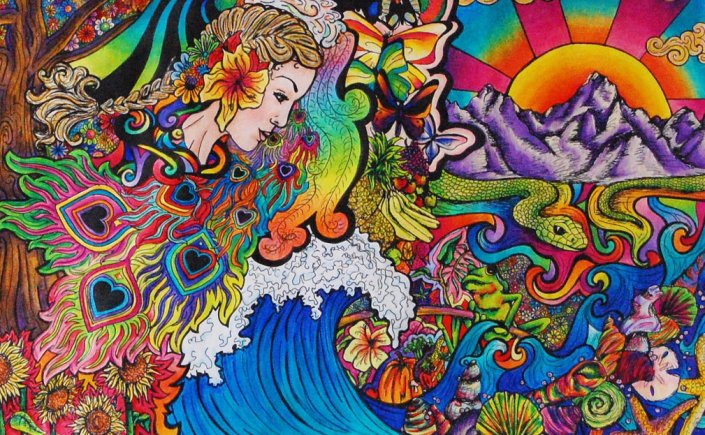 I have all the awe for Mother Nature. How nature keeps the life on earth go on and on, how everything in life from micro to macro are a part of it and dictated by the life force unknowingly. We human beings, the brutal dictators of this beautiful earth, too are dictated by the life force and hence we exist.   A mother’s love is the greatest love and I tend to believe that after becoming one. Mother’s love is unconditional, yes definitely unconditional in any way I look at it. Think about it more and feels like the unconditional love is an outcome of the hormones that are working in me –transforming me to be a great biological caretaker. These hormones make me want to take care of my dependent baby that needs years of care to grow and survive on its own. Isn’t this the way life force dictates me to be a good mother to sustain life, which seems to be the core objective for Mother Nature? No one would call maternal instincts forced – it’s the most natural form of love that we know of, and I am not at all questioning it.

We all are dictated by nature to sustain life and that is so natural! 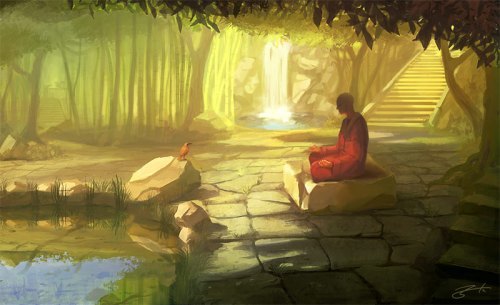 I have been in search for a statue of Buddha for a long time. A Buddha face that helps me transcend and experience beyond my daily existence. Either I would come across a mass produced “no details” sculpture or an exorbitantly priced one – both reminding me of the commercialization of a spiritual concept. One day, a small Buddha sculpture caught my eye, captured my senses and I brought it home. There was a sense of delight, a feeling of bringing in some spiritual energy home. I figured out a private corner in my room (like an inner sanctuary) to place the statue. That corner of my room became the manifestation of the deepest within me. Whenever I crossed the corner there seemed to be a pull. A pull to take a few deep breath, stay still & calm enough to listen to how I inhale & exhale. It felt good to follow the pull. After at some point of time this corner in my room became just another corner. I became immune to the pull or should I say I became immune to my inner Buddha.

In our daily grind we lose touch with our inner Buddha making us immune to the pains and suffering of others around us. Stories about people getting killed somewhere is just a flash news to be talked about around the office coolers. Life goes on, we move on with ever growing numbness to the sufferings around us. In my busy routine I hardly notice my Buddha, It is still there and while I was dusting it today there is a sense of guilt but that soon subsides as I move on with my cleaning chore. 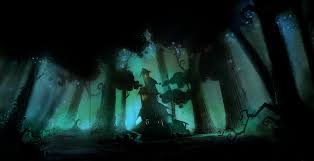 The idea is kind of blurred now, might get clearer as I keep on writing. It is like trying to search the treasure in an old ruined castle. The castle seems to have been grandeur. It has withstood the toughest times but has not been taken care of for a long time. In the midst of the dense dark forest, it stays longing to be discovered. I am trying to remove all those cobwebs that are blurring my vision and I am sneezing from the dust that’s been unsettled because of my walking into the castle. There is hardly any light except for the streak of light from a broken window pane from the farthest corner of the room. My rationality tells me – what the heck are you doing here? Ain’t you got better stuff to do? But there is a strong voice within me telling me I might find the treasure. My intuition tells me I will find the treasure. Or maybe the treasure is nothing but discovering the saga and listening to the tales the walls, pillars, antique furniture have to tell me. Am I uncomfortable? Am I willing to stay a little longer? Or would my rationality win over my intuition? All I need now is perseverance and that’s all I lack.